Today’s post is on marriage and why it’s worth fighting for. If we don’t know the why, we have no reason to do the what. Next week’s post will be full of practical tools on how to fight for your spouse and how to resolve conflict in your marriage.

Whether you have never been married or you’re divorced or you’re separated or you’re widowed or you are currently married, regardless of what state you’re in, the next verse applies to all of us.

“Marriage should be honored by all, and the marriage bed kept pure, for God will judge the adulterer and all the sexually immoral.”  Hebrews 13:4

We don’t live in a culture where marriage is honored by everyone any more. Even Christians fall for this trap. Part of the problem is nobody knows the basics of marriage any more. So marriage is treated like just one more little lifestyle choice.

Marriage is not just a lifestyle choice. God gave us marriage for a reason.

Most people don’t know why marriage matters. In fact, most people either have an incredibly unrealistic view of marriage, and there’s no way anybody could measure up. They think marriage will solve all their problems. A lot of people think marriage creates problems.

Marriage reveals perfectionism, insecurities, fears, bittnerness, control, manipulation and lust. If you were able to hide those things before you got married, you won’t be able to for long once you get married.

There are a lot of things marriage can’t do, but it does have a God-designed function. We are only fulfilled in marriage when we look to the designer and the builder of marriage.

“Unless the Lord builds the house, the builders labor in vain.” Psalm 127:1 NIV

Unless we let God be part of our marriage, we build in vain. So, let’s look at why God designed marriage.

1. God created marriage for the connection of men and women.

“The Lord God said, ‘It is not good for the man to be alone. I will make a helper suitable for him.’” Genesis 2:18 NIV

The first thing to realize is that marriage, gender, sex, men, women, all these differences, are God-given things.

We see one of the purposes of marriages is an antidote to loneliness. Many companions are important in life. You need companions in all different areas, but there is nothing like the companionship of a marriage.

“Jesus said, ‘But at the beginning of creation God made them male and female.’”  Mark 10:6 NIV

God made males. God made females. God chose who he wanted you to be.

“‘For this reason a man will leave his father and mother and be united to his wife, and the two will become one flesh.’ So they are no longer two, but one flesh. Therefore what God has joined together, let no one separate.” Mark 10:7-9 NIV

2. God created marriage for the multiplication of the human race.

It’s how we all got here. You are sitting where you’re sitting because a couple got together and made you. This was God’s idea.

God said, “I want to love and I want to express my love.” That’s why you exist. If God didn’t want to love you, you wouldn’t exist. So God created the universe, so He could create the human race, so He could express His love knowing that some of us would choose to love him back and then we would live with him forever in heaven.

“So God created mankind in his own image, in the image of God he created them; male and female he created them. God blessed them and said to them, “Be fruitful and increase in number; fill the earth and subdue it. Rule over the fish in the sea and the birds in the sky and over every living creature that moves on the ground.” Genesis 1:27-28 NIV

3. God created marriage for the protection of children.

“God, not you, made marriage! His Spirit inhabits even the smallest details of marriage.  And what does he want from marriage? Godly children from your union. So guard the spirit of marriage within you.”  Malachi 2:15 MSG

This is not an indictment for childless couples. There are couples who want kids and for whatever reason cannot have them or have been unable to have them. If you’re married and you can’t have kids, God is not disappointed in you.

What this verse is saying is, we’re all alive because some couple got together. For thousands of years God has used men & women to populate heaven. If men and women weren’t getting together, marrying and having sex then there would be nobody in heaven. God wants it done in the context of marriage for the protection of children.

Children need somebody to protect, guide, train, and care for them. Study after study shows that kids develop best with a mom and a dad. We’re on a broken planet. Not everything works right. But that doesn’t mean that we say the ideal isn’t real. Children thrive in families. Not in institutions. That’s what every child needs growing up – a place of refuge and security.

4. God created marriage for the perfection of our character.

In relationships we learn to be unselfish, we learn to be loving and no relationship has greater impact on your life than marriage. Another fact about when you were bor, not only were you helpless you were completely self centered, no one on the planet earth is more self-centered than a new baby.

A baby does not even have the capacity to think about anyone else. All he or she can think about is itself.  Maturity and the purpose of life is to grow up and realize it’s not all about you.

In fact real happiness comes in giving your life away and being unselfish and being serving and being loving. The goal of your life is to grow from totally self-centered self as a baby to being an unselfish adult. Life is a laboratory of learning how to love.

Why is love the most important thing in life? Because God is love and God wants you to become like Him and learn how to love.

Sometimes we’ll be friendly to everyone else, except our spouse. Have you ever said things to your spouse that you wouldn’t say to anyone else?

If the goal is to pursue unselfishness, your marriage can grow your character. If you are married, the number one tool that God uses in your life to build Christ-like character is your spouse. Every day you get hundreds of opportunities to not think about you, to care about them.

Even if your spouse isn’t a Christian, it doesn’t matter. Many times in the Bible, Jesus was selfless for the sake of an unbeliever.

You’ll never be happy if you make happiness the goal of your life. Happiness was never meant to be the goal. When you start caring about other people rather than your happiness you’re going to get happy.

“Don’t just pretend to love others. Really love them. Hate what is wrong. Hold tightly to what is good. Love each other with genuine affection, and take delight in honoring each other.”  Romans 12:9-10 NLT

5. God created marriage for the construction of society.

6. God created marriage for the reflection of our union with Christ.

Marriage is a metaphor, a symbol. It’s a walking, living, object lesson of how much God loves us and how we are to be in relationship with Him. Marriage is a model of a profound spiritual truth.

“Husbands, love your wives, just as Christ loved the church and gave himself up for her to make her holy, cleansing her by the washing with water through the word, and to present her to himself as a radiant church, without stain or wrinkle or any other blemish, but holy and blameless.”  Ephesians 5:25-27 NIV

How did Christ love the church? He died for the church. And God says that’s the way husbands are to love their wife. That’s the kind of love you’re to have. Sacrificial love.

“In this same way, husbands ought to love their wives as their own bodies. He who loves his wife loves himself. After all, no one ever hated their own body, but they feed and care for their body, just as Christ does the church— for we are members of his body. ‘For this reason a man will leave his father and mother and be united to his wife, and the two will become one flesh.’ This is a profound mystery—but I am talking about Christ and the church.” Ephesians 5:28-32 NIV

When you read this it looks like Paul stopped talking about marriage and went a different direction by talking about Jesus and the Church. He’s just laying down a metaphor of our spiritual union with Christ and his love for His family, His body, His bride, the Church.

“However, each one of you also must love his wife as he loves himself, and the wife must respect her husband.” Ephesians 5:33 NIV

Marriage is a covenant. It’s a covenant where two become one. It is a temporary symbol of a greater eternal reality. It’s a picture of the covenant relationship God has instituted between Jesus and his people.

Marriage is the most sacred of all things, because it’s a reflection of God’s commitment to us.

No other relationship on planet earth, including parent child relationship, can adequately illustrate our union with Christ the way a marriage between a man and a woman does. This is the strongest reason why we must fight for marriage.

In order for relationships to work, let the one who designed them define them.

Twice in the Bible Jesus says that there will be no marriage in heaven. Why will there be no marriage in heaven? Because you won’t need any of the six reasons marriage exists. In a perfect place, you’re not going to need the multiplication of the human race, the protection of children, the perfection of your character, the construction of society or the reflection of Christ’s union.

You won’t need a metaphor, because you’re going to experience the real thing in heaven. Here on earth, marriage matters and the Bible says we are to honor it and reap the benefits.

Check back on your discussion from last week. Do you have any more thoughts about the message on Fighting for Your Kids? Kids need fun, growth, protection and serving opportunities from their families.

Why does marriage matter?

“‘A man leaves his father and mother and is joined to his wife, and the two are united into one.’ This is a great mystery, but it is an illustration of the way Christ and the church are one.”  Ephesians 5:31-32 NLT 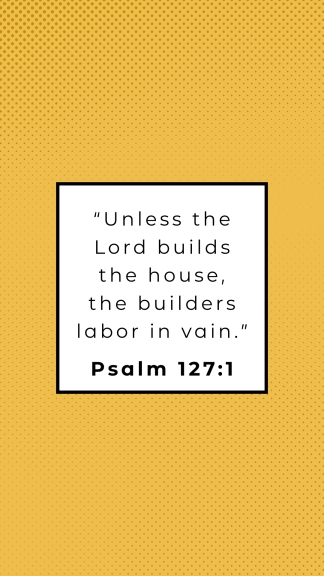 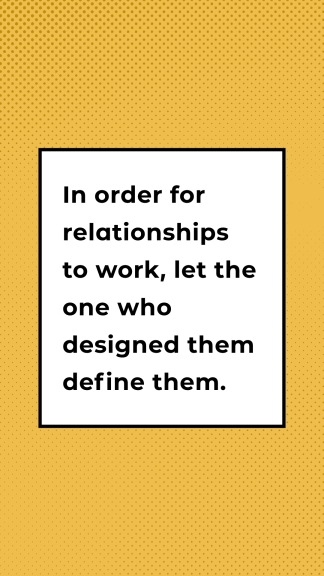 One thought on “Week 5: Fighting For Your Spouse”